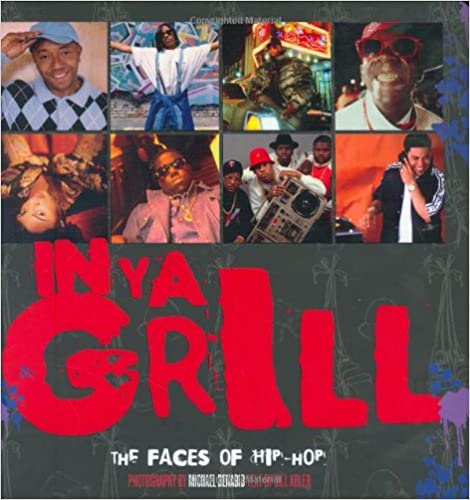 In Ya Grill: The Faces of Hip-Hop

Witness hip-hop history with never-before-seen photos from Tupac to today!Imagine hanging with the stars of hip-hopin 1987, when hip-hop was on the verge of changing the world. Since those early days and right up to the present, photographer Michael Benabib has always been on the list, and his intimate pictures reveal how hip-hop started as a grassroots musical movement and evolved into the most influential image machine in the world. Tupac Shakur, Biggie Smalls, Snoop Dogg, Cypress Hill, Luther Campbell, Trina, Public Enemy, LL Cool. J, Eric B and Rakim, EPMD, KRS-One, Salt N Pepa, Sean Combs, Queen Latifah, Mary J. Blige, Big Daddy Kane, Biz Markie, Das EFX, Grandmaster Flash, and many others are hereperforming, recording, relaxing and playing at clubs, parties, and on the streets. Captions by distinguished writer Bill Adler tell the story in words, exploring hip-hops dynamic melding of fashion, consumerism, and excess. With its never