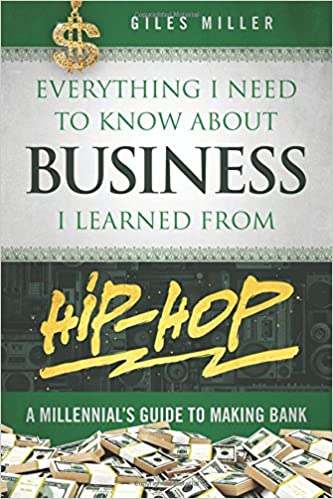 Everything I Need to Know about Business I Learned from Hip-Hop: A Millennial's Guide to Making Bank

Hustling, Music, and Money… Generations of Americans have grown up with Hip-Hop, but the genre never gets the respect it deserves in business. Hip-Hop artists and entrepreneurs are famous for working their way from the bottom to the top. Their beginnings in pimping, slinging, and performing frequently led to huge personal incomes and eye-popping album sales. According to industry sources, Drake’s career earnings total more than $90 million. Similarly, Hip-Hop heavyweight, Dr. Dre, has an estimated net worth in excess of $740 million, but if that wasn’t impressive enough, in one year alone Chance the Rapper reportedly banked $33 million. These staggering figures highlight just a portion of the money made in Hip-Hop, but they also invite the business reader to delve deeper to ask, “What is the secret of these artists’ success? What lessons can I learn and apply in my own life?”