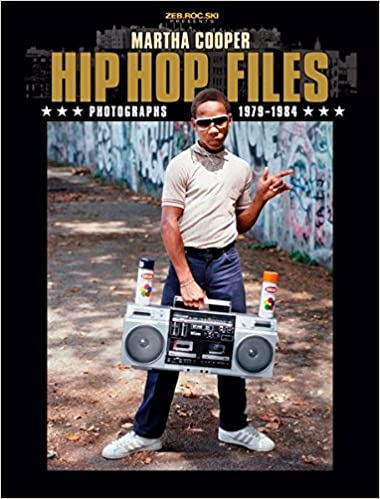 Martha Cooper has the reputation of beeing the first and foremost photographer of emering Hip Hop culture in New York City. Her book, HIP HOP FILES - Photographs 1979-1984, makes a significant part of her extensive and unique archive accessible for the first time. The book documents the beginning of the phenomenon, now known as Hip Hop. The publication of many of her photos in the early ´80s, disseminated the culture both at home and abroad. Along with the photos are quotes and statements from the people appearing in them. The book celebrates its 10th birthday in 2014 and was published in three different languages: german, english and french. The book includes a thoughtful introduction by ZEPHYR as well as essays by CHARLIE AHEARN; PATTI ASTOR and POPMASTER FABEL, participants in the early Hip Hop scene.