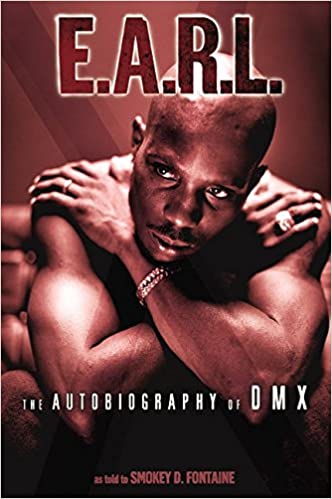 E.A.R.L.: The Autobiography of DMX

DMX is an international superstar who has sold more than twenty million albums and defined hip-hop culture better than any of his peers. He also lived the kind of rags-to-riches story that has molded some of the best American heroes. From a smart and mischievous young boy to a teenager dubbed "Crazy Earl" to the most feared MC on the street, DMX never stopped struggling for the kind of life he knew belonged to him. Born in Yonkers, New York, to a father who abandoned him and a mother ill equipped to raise her only boy, Earl Simmons grew to hate and distrust the world around him. But a passionate talent to rhyme gave him a dream, while a lifelong companionship with stray dogs gave him the strength to go on. His journey of self-discovery began with beatings, robbery, and group homes, lead to jails, car chases, gun battles, and rap wars, and culminated in commitment, love, fame, and fortune. This is the extraordinary first-person account of a man who gives expression to the thoughts and feelings of those who have never been heard. In the process, Earl Simmons became a father, a husband, a role model, and an international icon know as DMX. This is his story.