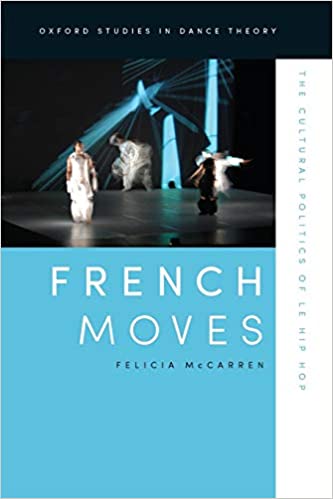 For more than two decades, le hip-hop has shown another face of France: danced by minorities associated with immigration and the suburbs, it has channeled rage against racism and unequal opportunity and offered a movement vocabulary for the expression of the multicultural difference that challenges the universalist discourse of the Republic. French hip-hoppers subscribe to U.S. black culture to articulate their own difference, but in France hip-hop was championed by a Socialist cultural policy, subsumed into the cultural heritage, and instituted as a pedagogy. France supported hip-hop dance as an art of the suburbs: a multicultural mix of North African, African and Asian forms that circulate with classical and contemporary dance performance. French hip-hop develops into concert dance, becoming a civic discourse and legitimate employment, not through the familiar model of a culture industry, but within a Republic of Culture. It nuances an Anglo-Saxon model of identity politics with a francophone identity poetics and grants its dancers a national profile as artists who develop dance techniques and transmit body-based knowledge. This book, the first in English to introduce readers to the French hip-hop movement, analyzes the choreographic development of hip-hop into la danse urbaine, touring on national and international stages, as hip-hoppers move beyond the suburbs, figuring new forms within the mobility brought by new media and global migration.