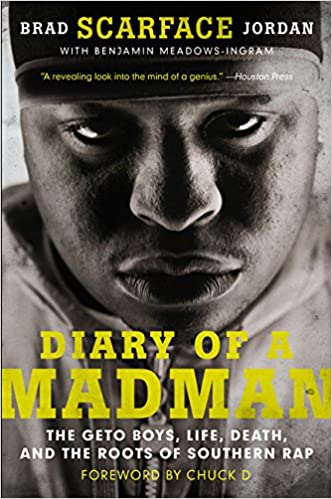 Diary of a Madman: The Geto Boys, Life, Death, and the Roots of Southern Rap

In Diary of a Madman, Scarface shares how his world changed when he heard Run DMC for the first time; how he dropped out of school in the ninth grade and started selling crack; and how he began rapping as the new form of music made its way out of New York and across the country. It is the account of his rise to the heights of the rap world, as well as his battles with his own demons and depression. Passionately exploring and explaining the roots and influences of rap culture, Diary of a Madman is the story of hip-hop-the music, the business, the streets, and life on the south side Houston, Texas