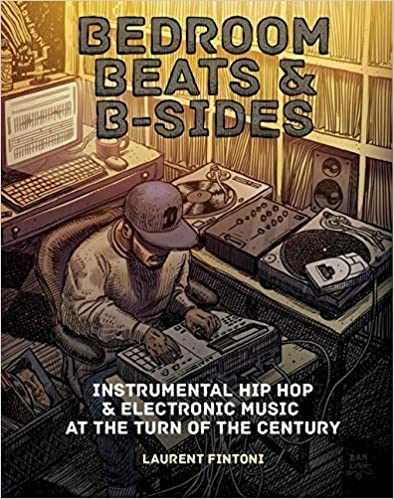 Bedroom Beats & B-Sides: Instrumental Hip-Hop & Electronic Music at the Turn of the Century

The first decades of the 21st century saw dramatic changes in the music industry as technology transformed creation, communication, and consumption. Amid this turmoil one change occurred relatively quietly, almost naturally: so-called bedroom producers, music makers raised on hip-hop and electronic music, went from anonymous, often unseen creators to artists in their own right. In Bedroom Beats and B-sides, journalist Laurent Fintoni details the rise of a new generation of bedroom producers at the turn of the century through the stories of various instrumental hip-hop and electronic music scenes. From trip-hop, downtempo, and IDM to leftfield hip-hop, glitch, and beats, the book explores how these scenes acted as incubators for new ideas about composition and performance that are now taken for granted. Combining social, cultural, and musical history with extensive research and over 100 interviews, the book tells the B-side stories of hip-hop and electronic music from the 1990s to the 2010s. Using the format of a beat tape, it explores the evolution of a modern beat culture from local scenes to global community via the diverse groups of idealists on the fringes who made it happen and the external forces that shaped their efforts. Before the uniformity of streaming services, always-on social media, and online tutorials for everything, this is a portrait of independence and experimentation amid historical change. It's a story of obsession and dedication and how the fringes brought about a quiet musical revolution.