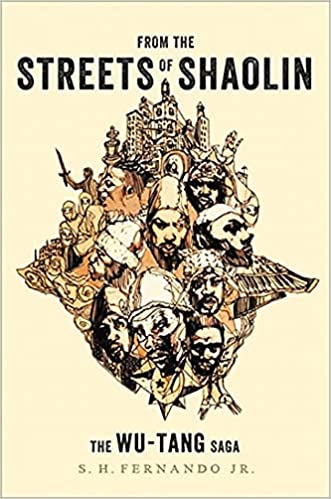 From the Streets of Shaolin: The Wu-Tang Saga

This definitive biography of rap supergroup, Wu-Tang Clan, features decades of unpublished interviews and unparalleled access to members of the group and their associates. This is the definitive biography of rap supergroup and cultural icons, Wu-Tang Clan (WTC). Heralded as one of the most influential groups in modern music—hip hop or otherwise—WTC created a rap dynasty on the strength of seven gold and platinum albums that launched the careers of such famous rappers as RZA, GZA, Ol' Dirty Bastard, Raekwon, Ghostface Killah, Method Man, and more. During the ‘90s, they ushered in a hip-hop renaissance, rescuing rap from the corporate suites and bringing it back to the gritty streets where it started. In the process they changed the way business was conducted in an industry known for exploiting artists. Creatively, Wu-Tang pushed the boundaries of the artform dedicating themselves to lyrical mastery and sonic innovation, and one would be hard pressed to find a group who's had a bigger impact on the evolution of hip hop.