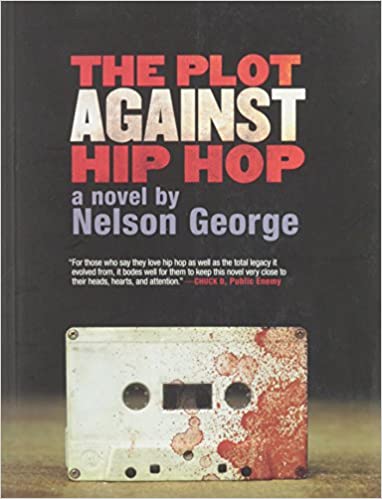 The Plot Against Hip-Hop: A Novel

"George is an ace at interlacing the real dramas of the world . . . the book's slim length and flyweight depth could make it an artifact of this particular zeitgeist in American history. Playas and haters and celebrity cameos fuel a novel that is wickedly entertaining while being frozen in time." --Kirkus Reviews "This hard-boiled tale is jazzed up with authentic street slang and name-dropping (Biggie, Mary J. Blige, Lil Wayne, and Chuck D) . . . George’s tightly packaged mystery pivots on a believable conspiracy . . . and his street cred shines in his descriptions of Harlem and Brownsville’s mean streets." --Library Journal "George is a well-known, respected hip-hop chronicler . . . Now he adds crime fiction to his resume with a carefully plotted crime novel peopled by believable characters and real-life hip-hop personalities." --Booklist "The most accomplished black music critic of his generation." --The Washington Post Book World "Perhaps one of the greatest books ever written. It has the realness of The Autobiography of Malcolm X, the warmth of The Color Purple, and the page count of Tuesdays with Morrie. It's a must-read." --Chris Rock on City Kid The Plot Against Hip Hop is a noir novel set in the world of hip hop culture. The stabbing murder of esteemed music critic Dwayne Robinson in a Soho office building is dismissed by the NYPD as a gang initiation. But his old friend, bodyguard and security expert D Hunter, suspects there are larger forces at work. D Hunter's investigation into his mentor's murder leads into a parallel history of hip hop, a place where renegade government agents, behind-the-scenes power brokers, and paranoid journalists know a truth that only a few hardcore fans suspect. This rewrite of hip hop history mixes real-life figures with characters pulled from the culture's hidden world, including Jay-Z, Kanye West, and Russell Simmons.