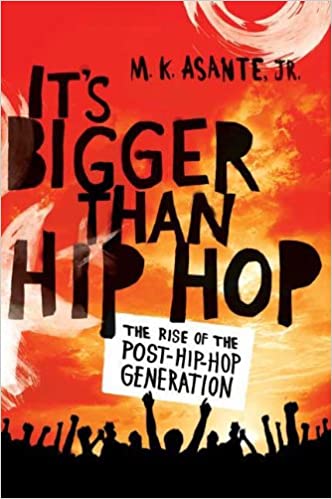 It's Bigger Than Hip Hop: The Rise of the Post-Hip-Hop Generation

It's Bigger Than Hip Hop takes a bold look at the rise of a generation that sees beyond the smoke and mirrors of corporate-manufactured rap and is building a movement that will change not only the face of pop culture, but the world. M. K. Asante, Jr., a passionate young poet, professor, filmmaker, and activist who represents this new movement, uses hip hop as a springboard for a larger discussion about the urgent social and political issues affecting the hip-hop and post-hip-hop generations. Through insightful anecdotes, scholarship, revolutionary rap lyrics, personal encounters, and conversations with youth across the globe as well as icons such as Chuck D and Maya Angelou, Asante illuminates a shift that can be felt in the crowded spoken-word joints in post-Katrina New Orleans, seen in the rise of youth-led organizations committed to social justice, and heard around the world chanting "It's bigger than hip hop."