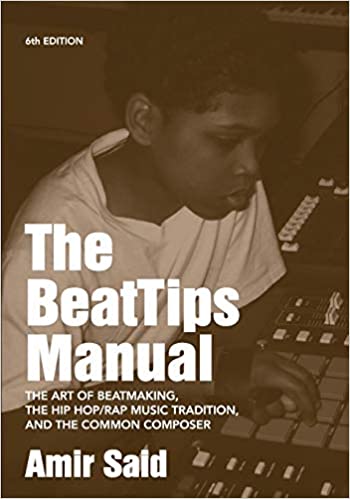 The BeatTips Manual: The Art of Beatmaking, the Hip-Hop/Rap Music Tradition, and the Common Compose

Out of the ruins of the South Bronx disaster came an artistically rich and deeply influential street culture: hip hop. From the start, hip hop coalesced around its music. Revered everywhere for its sound, style, force, rawness, and honesty, hip hop/rap music is one of the most popular and inclusive music traditions in the world. Although half of hip hop/rap music s power and appeal can rightfully be attributed to the art of rapping, it is the art of beatmaking that mostly distinguishes hip hop/rap music from every other music form and musical tradition that has preceded it. The BeatTips Manual (Amir Said) is the definitive study of the art of beatmaking (hip hop production). Brilliantly divided into five major parts -- a riveting History part, an extensive Instruction (how-to) part, an insightful Interviews part, which features exclusive interviews with DJ Premier, DJ Toomp, Marley Marl, 9th Wonder and more, an explosive Music Theory part, and a Business part -- The BeatTips Manual is robust, detailed, and comprehensive. Containing a sharp analysis of the origins of beatmaking, as well as its key aesthetics, principles, priorities, and predilections, The BeatTips Manual is an incisive look at the art of beatmaking and an intense read. Not only the most complete examination of the hip hop/rap music process, it's also among the leading studies of hip hop culture itself. Destined to expand and transform traditional ideas about musicians, musicianship, and musical processes, The BeatTips Manual is one of the most important and innovative music studies ever published.