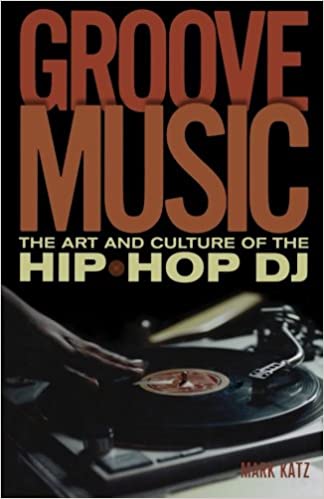 Groove Music: The Art and Culture of the Hip-Hop DJ

It's all about the scratch in Groove Music, award-winning music historian Mark Katz's groundbreaking book about the figure that defined hip-hop: the DJ. Today hip-hop is a global phenomenon, and the sight and sound of DJs mixing and scratching is familiar in every corner of the world. But hip-hop was born in the streets of New York in the 1970s when a handful of teenagers started experimenting with spinning vinyl records on turntables in new ways. Although rapping has become the face of hip-hop, for nearly 40 years the DJ has proven the backbone of the culture. In Groove Music, Katz (an amateur DJ himself) delves into the fascinating world of the DJ, tracing the art of the turntable from its humble beginnings in the Bronx in the 1970s to its meteoric rise to global phenomenon today. Based on extensive interviews with practicing DJs, historical research, and his own personal experience, Katz presents a history of hip-hop from the point of view of the people who invented the genre. Here, DJs step up to discuss a wide range of topics, including the transformation of the turntable from a playback device to an instrument in its own right, the highly charged competitive DJ battles, the game-changing introduction of digital technology, and the complex politics of race and gender in the DJ scene. Exhaustively researched and written with all the verve and energy of hip-hop itself, Groove Music will delight experienced and aspiring DJs, hip-hop fans, and all students or scholars of popular music and culture.